CMS to Step Up Scrutiny on State-Run Medicaid Programs 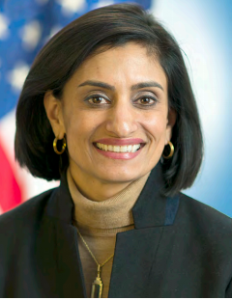 The Centers for Medicare and Medicaid Services (CMS) says it will crack down on Medicaid fraud through a renewed analytical effort “to hold states accountable” following Office of Inspector General (OIG) findings in California, Kentucky and New York.

Thanks to a provision in the Affordable Care Act (ACA) that allows states to expand the ranks of those on Medicaid using the federal government’s dime, spending on Medicaid has risen from $456 billion in 2013 to $576 billion in 2016 (the ACA commenced operations in 2014).

In the announcement Tuesday by CMS Administrator Seema Verma, every state, plus Puerto Rico and D.C., will have to submit enhanced Medicaid data for the first time, data which the agency will scrutinize carefully.

Enforcement, however, still seems to be years off. A CMS statement clarified that “Current regulations will allow CMS to begin to issue potential disallowances to states based on Payment Error Rate Measurement program findings in 2022.”

Of those charged, 162 defendants, including 76 doctors, were charged for their roles in prescribing and distributing opioids and other dangerous narcotics.  Thirty state Medicaid Fraud Control Units also participated in the arrests.  In addition, HHS announced that from July 2017 to the present, it has excluded 2,700 individuals from participation in Medicare, Medicaid, and all other federal health care programs, which includes 587 providers excluded for conduct related to opioid diversion and abuse.