DOJ Now Argues for Legal Dissolution of the ACA 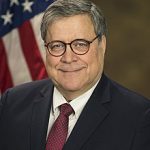 The Department of Justice (DOJ) under new Attorney General William Barr has changed course and is now calling on the 5th U.S. Circuit Court of Appeals to strike down in its entirety the Affordable Care Act (ACA, or Obamacare).

This is in opposition to its previous position, which argued only for the unconstitutionality of the ACA’s individual mandate and its pre-existing conditions clause.

The appeals court is reviewing the decision rendered by U.S. District Judge Reed O’Connor on Dec. 14 that the entire law is unconstitutional. The filing of the motion yesterday by the Justice Department came just hours after 21 attorneys general from Blue States presented arguments in favor of the ACA.

The one-page filing said the department “has determined that the district court’s judgment should be affirmed.”

Judge O’Connor’s ruling came after Republicans zeroed out the tax penalty for not having health insurance, which the judge claimed not only invalidated the individual mandate but the rest of the ACA as well, ruling the legislation unconstitutional.

No date has been set for full courtroom arguments, but July has been rumored as the earliest opportunity. In the interim, the ACA will remain fully functional following a ruling by Judge O’Connor to keep his injunction in abeyance pending the appeals process.