Classifying Workers as Independent Contractors Does Not Violate the NLRA, Board Rules 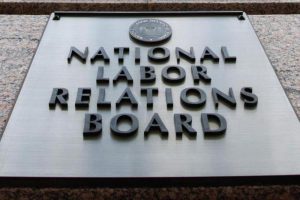 The decision came on Aug.29 when the board reviewed the case, Velox Express, Inc. and Jeannie Edge. In 2017, an administrative law judge ruled that Velox Express had violated the NLRA by deeming its employees contractors, thus removing them from the protections — including unionizing — that the NLRA affords employees.

After hearing briefs about the case, the NLRB found that Velox Express had incorrectly labeled its employees as independent contractors, but added that the company did not commit a separate violation by classifying them wrongly. It also found that Velox Express had violated the NLRA by firing a worker (Jeannie Edge) for “raising group complaints” about the classification.

The ruling, however, does not relieve employers of their obligations under the Fair Labor Standards Act (FLSA), workers’ compensation laws,  taxation issues and unemployment compensation if they misclassify employees as independent contractors.