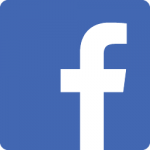 Following a decision it reached today, the Equal Employment Opportunity Commission (EEOC) said it is reaching out to arrange settlements with seven companies that it found used targeting in Facebook ads to discriminate against hiring women and older users.

The EEOC said it found “reasonable cause” to believe that the seven violated Title VII of the Civil Rights Act or the Age Discrimination in Employment Act (ADEA) by limiting the audience of their employment ads to male and younger potential applicants.

The decision stems from lawsuits filed in late 2018 by the American Civil Liberties Union (ACLU) and the Communications Workers of America (CWA) that claimed the companies used Facebook’s targeting mechanism to deliver job ads to male users only.

Facebook was also sued and settled with the ACLU and EEOC in March, agreeing to “sweeping changes” to its advertising platform. The social media giant said it would develop a separate advertising portal for housing, employment and credit that would not allow for discriminatory targeting. Those changes were completed in July.

The Department of Housing and Urban Development (HUD), also in 2018, accused Facebook of discriminatory housing ads, which led to the inclusion of that category in the new advertising tool.