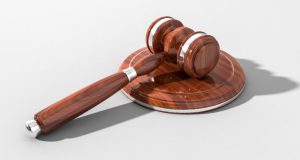 After two years of an upswing in fiscal-year-closing lawsuits, the Equal Employment Opportunity Commission (EEOC) returned to a more normal pace this September with just 52 lawsuits filed, compared to 87 in 2018 and 86 in 2017, according to Bloomberg Law.

The Americans with Disabilities Act (ADA) led the field, with 20 of the lawsuits alleging discrimination based on a disability or perceived disability. Workplace harassment and job retaliation also figured prominently.

Sexual harassment claims were down to 12 lawsuits in 2019, compared to 21 the year before.

The federal fiscal year closes on Sept. 30, which leads to a rash of lawsuits in September.