Short-Term Health Plans to Be Offered Beginning in October 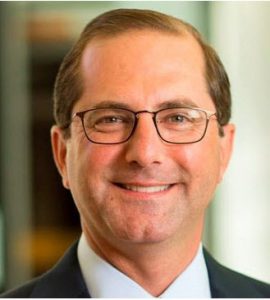 The departments of Health and Human Services (HHS), Labor (DOL) and the Treasury (DOT) today issued a final rule allowing for the sale and renewal of short-term, limited-duration health plans that cover longer periods than the previous maximum period of less than three months. Such coverage can now cover an initial period of less than 12 months, and, taking into account any extensions, a maximum duration of no longer than 36 months in total. Sales begin in October.

This action will help increase choices for Americans faced with escalating premiums and dwindling options in the individual insurance market, according to spokespersons.

“Under the Affordable Care Act (ACA), Americans have seen insurance premiums rise and choices dwindle,” said HHS Secretary Alex Azar. “President Trump is bringing more affordable insurance options back to the market, including through allowing the renewal of short-term plans. These plans aren’t for everyone, but they can provide a much more affordable option for millions of the forgotten men and women left out by the current system.”

In a recent release of three reports on the current state of the individual insurance market, Centers for Medicare & Medicaid Services (CMS) data reveal serious problems. While enrollment data show stable enrollment for subsidized exchange coverage, the number of people enrolled in the individual market without subsidies declined by an alarming 20 percent nationally in 2017, while at the same time premiums rose by 21 percent. Many state markets experienced far more dramatic declines, with unsubsidized enrollment dropping by more than 40 percent in six states, including a 73 percent decline in Arizona.

These troubling trends were besetting individual markets as President Trump took office, which led the president to issue the executive order “Promoting Healthcare Choice and Competition Across the United States” in October 2017, according to the press announcement today. The executive order seeks to address the failings of the ACA, which severely limited the choice of healthcare options available to many Americans and produced large premium increases in many state individual markets for health insurance.

“We continue to see a crisis of affordability in the individual insurance market, especially for those who don’t qualify for large subsidies,” said CMS Administrator Seema Verma. “This final rule opens the door to new, more affordable coverage options for millions of middle-class Americans who have been priced out of ACA plans.”

Short-term, limited-duration insurance, which is not required to comply with federal market requirements governing individual health insurance coverage, can provide coverage for people transitioning between different coverage options, such as an individual who is between jobs, or a student taking time off from school, as well as for middle-class families without access to subsidized ACA plans. Access to these plans has become increasingly important as premiums have escalated for individual market plans, and affordable choices for individuals and families have dwindled.

The average monthly premium for an individual in the fourth quarter of 2016 for a short-term, limited-duration policy was approximately $124, compared with $393 for an unsubsidized individual market plan.

The final rule can be found here: https://s3.amazonaws.com/public-inspection.federalregister.gov/2018-16568.pdf

A fact sheet on today’s proposed rule can be found here: https://www.hhs.gov/sites/default/files/FS-Short-Term-Limited-Duration-Insurance-Proposed-Rule.pdf

** People using assistive technology may not be able to fully access information in this file. For assistance, contact digital@hhs.gov.