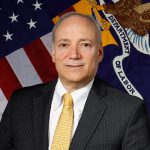 The Department of Labor (DOL) is sending its proposed new overtime rule to the White House today for review by the Office of Information and Regulatory Affairs (OIRA) just five months after initiating the regulatory process.

The rule, as initially proposed, would raise the overtime salary exemption threshold to $35,308 a year, up from the current level of $23,660, established in 2004.

An Obama-era ruled establishing the threshold at $47,476 a year was stopped dead in its tracks just days before it was to take effect in 2016 by a federal judge’s ruling.

That ruling was predicated on provisions in the Administrative Procedures Act (APA).

Blue State attorneys general (AGs) have already announced their intention to challenge the new rule in court based upon the same APA. They may argue that the DOL ignored the majority of the 116,000 public comments received that pleaded for the higher Obama-era threshold.

“The Administrative Procedure Act requires careful consideration of all of the comments that were sent in. And there were thousands of substantive comments to consider,” Judy Conti, government affairs director for the National Employment Law Project, told Bloomberg Law. “If they’re rushing through it this quickly it’s absolutely positive that they did not perform their due diligence and we will be scrutinizing everything very carefully.

The accelerated pace of pushing the new rule stems from a shift in leadership at the DOL. After Secretary Alexander Acosta resigned in July over legal issues involving accused sex trafficker Jeffrey Epstein, Patrick Pizzella was appointed acting secretary. Unlike his predecessor, Pizzella is an aggressive regulator and de-regulator. One of his first acts was to send an email directing his staff to “focus like a laser beam” on completing regulations.

Since then, President Trump has nominated an even more aggressively pro-business person to head the agency, Eugene Scalia, son of the late Supreme Court conservative icon Antonin Scalia.