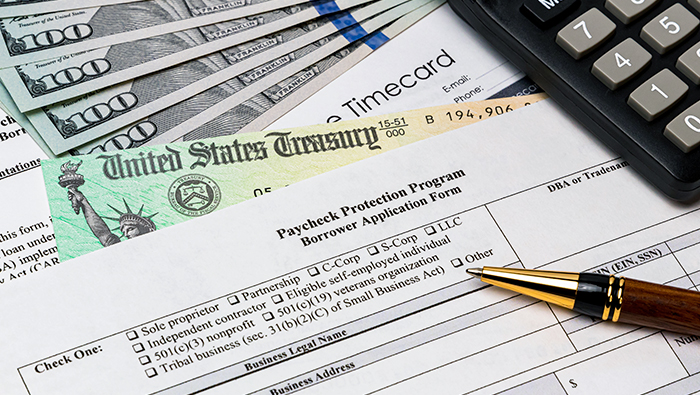 Included in the CAA is the Economic Aid to Hard-Hit Small Businesses, Non-Profits and Venues Act (Title III). Title III updates the PPP, as originally included within the Coronavirus Aid, Relief, and Economic Security (CARES) Act. Additionally, since the original release, various agencies have released updated guidance on the PPP. The following are some of the changes included within Title III of the CAA:

Under February’s interim final rule, employers are potentially eligible for a new round of PPP loans through the SBA. In specific situations, those PPP loans might be eligible for loan forgiveness instead of full repayment. The interim rule, however, does not address one particular provision in the PPP borrower application form. The provision in question is not a new element but instead carried over from the original enactment of the PPP. Specifically, the provision requires applicants to certify compliance with Occupational Safety and Health Administration (OSHA) standards. This compliance must be in effect for the full life of the PPP loan.

Consequently, while not explicit, this suggests that failure to follow OSHA requirements could impact eligibility for PPP loan forgiveness. There has not been, however, any indication that the SBA will independently investigate compliance with OSHA regulations. The SBA may instead examine OSHA’s investigative findings and citations to identify borrowers who are have not been in compliance.

Willful violations are violations in which the employer knowingly failed to comply with a legal requirement. Additionally, willful violations can occur when employers act with plain indifference to employee safety. These violations are the most severe and carry the heaviest penalties and greatest liability exposure, including potential for individual liability. By contrast, other-than-serious citations, the least serious citation issued by OSHA, are typically issued for administrative or recordkeeping violations. Even though other-than-serious citations do not result in the highest of the monetary penalties, such administrative and recordkeeping requirements nevertheless fall within the scope of the PPP application’s certification of OSHA compliance.

In conclusion, small businesses who have received PPP funding should pay close attention to all PPP loan forgiveness rules. These rules may be explicitly stated or buried within existing regulations. Since the COVID-19 pandemic began, OSHA has issued substantial guidance for employers to address COVID-19 concerns in the workplace. Failure to implement any COVID-related safety protocols per OSHA guidance exposes employers to violations of the General Duty Clause. The General Duty Clause requires that employers provide a workplace free of potential hazards for workers. Should an employer receive a violation for coronavirus-related health and safety issues, any loan forgiveness might be at jeopardy.